Warning: count(): Parameter must be an array or an object that implements Countable in /home/customer/www/icam-vn.com/public_html/wp-content/plugins/imevent-common/custom-metaboxes/init.php on line 746
 Professor Kuroda Kouichi | ICAM-VN 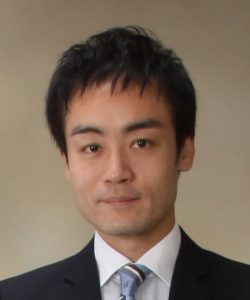 Title of the talk: Yeast Cell Surface Engineering for Molecular Design of Biocatalyst and Protein Engineering

Associate Prof. Kouichi Kuroda received PhD in Engineering from Kyoto Unversity, Japan. He worked as a school-affairs assistance member (from Apr 2004 to Apr 2006) and an Assistant Professor (from May 2006 to Dec 2008) at Kyoto University. Since Jan 2009, he is Associate Professor at Division of Applied Life Sciences, Graduate School of Agriculture, Kyoto University. In the meanwhile, he was a Visiting Scientist at Department of Chemical Engineering, Massachusetts Institute of Technology (MIT) and Whitehead Institute for Biomedical Research, MA, USA (from July 2014 to March 2015). He has published more than 100 papers in peer-reviewed journals and served as an editorial board member of Applied Microbiology and Biotechnology (from Jan 2013 to Dec 2014).