Warning: count(): Parameter must be an array or an object that implements Countable in /home/htbiotec/public_html/icam-vn.com/public_html/wp-content/plugins/imevent-common/custom-metaboxes/init.php on line 746
 Professor Stephen Baker | ICAM-VN 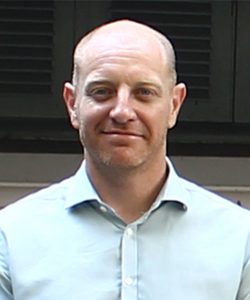 Title of the talk: The rising dominance global of Shigella sonnei

Shigellosis, caused by the bacterial genus Shigella, is the major global cause of dysentery. These facultative intracellular bacteria belong to the family of Enterobacteriaceae, together with other intestinal pathogens such as Escherichia coli and Salmonella. The genus Shigella comprises four different species with several serogroups, all of which show phenotypic similarity, including invasive pathogenicity. Our recent research has shown that Shigella sonnei, which has historically been more commonly isolated in developed countries, is undergoing an unprecedented expansion across industrializing regions in Asia, Latin America and the Middle East. However, the precise reasons underpinning the epidemiological distribution of the various Shigella species and this global surge in S. sonnei are unclear. Genomic techniques have identified how the genomic plasticity of Shigella sonnei and the acquisition of a distinctive virulence plasmid have enabled the development of a highly specialized pathogen. More recently, we find that Shigella sonnei exhibits an exceptional ability to acquire antimicrobial resistance genes from commensal and pathogenic bacteria, and we hypothesize that Shigella sonnei has a competitive advantage over Shigella flexneri, particularly in areas with poorly regulated antimicrobial use. A strong selective pressure from localized antimicrobial use additionally appears to have had a dramatic impact on the evolution of the S. sonnei population.

Stephen Baker is head of the enteric infections research group and a member of the strategic committee at the Wellcome Trust MOP, OUCRU, Ho Chi Minh City, Vietnam. He is a Professor of Molecular Microbiology at Oxford University. As a group head, he is responsible for the structure, publications, funding, scientific direction and general management of enteric infections research. He has been at the MOP since 2007 and received multiple awards and published over 170 scientific papers. Prior to this period (2005 – 2007), he was a postdoctoral training fellow at The Wellcome Trust Sanger Institute, Cambridgeshire, United Kingdom. He was awarded a PhD from Imperial College, London in 2005, investigating the genome diversity in the genus Salmonella.