Warning: count(): Parameter must be an array or an object that implements Countable in /home/customer/www/icam-vn.com/public_html/wp-content/plugins/imevent-common/custom-metaboxes/init.php on line 746
 Dr. Hieu Tran-Van | ICAM-VN 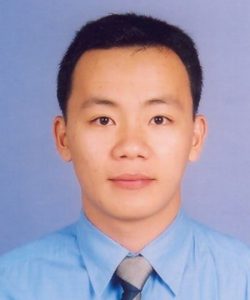 Department of Molecular and Environmental Biotechnology, VNUHCM-University of Science, Vietnam

Recombinant human Granulocyte Macrophage Colony Stimulating Factor (rhGM-CSF) is an FDA approved therapeutic glycoprotein for the treatment of neutropenia and leukemia in combination with chemotherapies. Recombinant hGM-CSF production in the baker’s yeast Saccharomyces cerevisiae (S. cerevisiae) is recognized as safe and is suitable for large-scale industrial fermentation processes. Recently, methylotrophic yeast Pichia pastoris (P. pastoris) is emerged as an alternative due to its shorter and less immunogenic glycosylated productions; higher cell density growth and higher foreign protein secretion than those of S. cerevisiae. In this study, we compare from gene to production of rhGM-CSFs produced from both yeasts. After codon optimization in silico, the optimized sequence of rhGM-CSF showed no different in both yeasts regarding frequent codon usage. However, in accordance with hyper-glycosylation capacity, rhGM-CSFs from S. cerevisiae BY4742 showed a significant discrepancy in expression profile from those of P. pastoris X33. Fed-batch fermentation in 3.5-liter medium supplemented with methanol or galactose for P. pastoris X33 or S. cerevisiae BY4742, respectively, over 72 hours showed that rhGM-CSF was highly secreted in P. pastoris (285 vs 64 mg total secreted protein/L). SDS-PAGE analysis showed purified rhGM-CSF species of molecular weights ranging from 30 to more than 60 kDa (dependent upon glycosylation status) and ion exchange chromatography gave higher purity and recovery yield to that of hydrophobic interaction chromatography. With the same purity, purified rhGM-CSFs from P. pastoris were 327 times higher to those of S. cerevisiae, in term of proliferative stimulating capacity on an hGM-CSF dependent cell line TF-1. The presented data accumulates further supportive evidence for methylotrophic yeast P. pastoris as an alternative for foreign glycoprotein production.

Hieu Tran-Van completed his PhD from University of Wuerzburg, Germany. He is now the Deputy Head of Department of Molecular and Environmental Biotechnology, Faculty of Biology and Biotechnology, University of Science, VNU-HCM. He has published 02 ISI papers and got funded for 03 projects.