Warning: count(): Parameter must be an array or an object that implements Countable in /home/customer/www/icam-vn.com/public_html/wp-content/plugins/imevent-common/custom-metaboxes/init.php on line 746
 Dr. Kim Hanh Nguyen | ICAM-VN 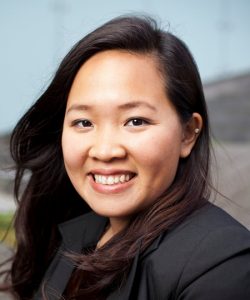 Institute of Oceanography, Vietnam Academy of Science and Technology, Vietnam.

Title of the talk: Coral is a hot spot of viral infections

There is increasing suspicion that viral communities play a pivotal role in maintaining coral health, yet their main ecological traits still remain poorly characterized. In this study, we examined the seasonal distribution and reproduction pathways of viruses inhabiting the mucus of the scleractinians Fungia repanda and Acropora formosa in the Nha Trang Bay (Vietnam), during a 11-month survey. The strong coupling between epibiotic viral and bacterial abundance suggested that phages are dominant among coral-associated viral communities. Mucosal viruses also exhibited significant differences in their main ecological traits between the two coral species and were also remarkably contrasted with their planktonic counterparts.  For example, their abundance (epifluorescence counts), lytic production rate (KCN incubations), and the proportion of lysogenic cells (Mitomycin-C inductions) were respectively 2.6, 9.5, and 2.2 fold higher in mucus than in the surrounding water. Interestingly, the last two parameters were tightly coupled with environmental conditions (ie. temperature and salinity), suggesting that the life strategy of viral epibionts of corals could be strongly dependent upon climatic forces. Finally, our results suggest that coral mucus may represent a highly favorable habitat for viral proliferation, promoting the development of both temperate and virulent phages. Herein, we discuss on how such an optimized viral arsenal could be crucial for coral viability by presumably forging complex links with both symbiotic and adjacent non-symbiotic microorganisms.

Hanh Nguyen-Kim works at department of Marine Ecology at Institute of Oceanography, Vietnam from 2006 until now. Her main subject is studying on the role of marine microorganisms (prokaryotes and viruses) in corals and the surrounding waters. In 2006, she graduated her bachelor in microbiology from University of Natural Sciences, Ho Chi Minh city, Vietnam. In 2011, she completed her master degree in marine biogeochemistry from Aarhus University, Denmark. In 2014, she finished her PhD degree in microbial ecology from University of Montpellier, France. She is now the leader of a scientific project named “Shifts of bacteria associated with the scleractinian coral Acropora muricata in different health states”, funded by the Vietnam Academy of Science and Technology. She has published 5 international articles in reputed journals, such as Environmental Microbiology, Applied and Environmental Microbiology, Marine and Freshwater Ecology…