Warning: count(): Parameter must be an array or an object that implements Countable in /home/htbiotec/public_html/icam-vn.com/public_html/wp-content/plugins/imevent-common/custom-metaboxes/init.php on line 746
 Dr. Nguyen Khoi Nghia | ICAM-VN 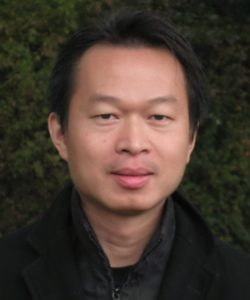 Title of the talk: Decoloration of two synthetic textile dye compounds by native white rot fungi in the Mekong delta region of Vietnam

Synthetic dyes used in textile industries, if not treated prior to its disposal, can enter our water systems and cause pollution. Thus, the main objective of this study was to isolate, characterize and identify some native fungi growing on decaying woods from various habitats in the Mekong Delta of Vietnam as bioremediation agents of dye pollution. Indigenous fungi growing on the decomposing woods were collected for fungal isolation. Activity of laccase enzyme and discoloration ability of each isolate for green and black dyes in both solid and liquid medium were observed in this study. Results showed that 54 fungal isolates in total were obtained from Malt Extract Agar (MEA) media. Twelve out of fifty five isolates showed their positive in producing laccase enzyme. Fifteen out of fifty five isolates indicated their highly decolorating capacity to both green and black dyes. Two isolated coded as HG1 and TV13 were chosen among the top 15 isolates as the most efficient decolorating fungi for green and black dyes in liquid minimal salt media, respectively. Decolorating capacity of HG1 and TV13 strains for green and black dyes was reduced when the initial concentration of green dye was applied increasingly, a range of pH 5-7 was the best pH of cultured media for decoloration of both dyes in liquid media, increasing initial biomass of fungi in liquid media resulted in an increase of dye decolaration rate, non-static experimental condition enhanced the dye decoloration rate of both HG1 and TV13 strains, supplying sucrose and maltose as a easily available carbon to the liquid cultured media helped to accelerate the decoloration rate of dyes by HG1 and TV13 strains, respectively. Basing on the results of rRNA-ITS region sequences, these two candidates were genetically identified as Marasmiellus palmivorus HG1 and Marasmiellus palmivorus TV13. In conclusion, the study suggests the two dye decolorating fungi isolated in this study can be used as efficient bioremediation agents of dye pollution to decontaminate dye polluted waste water from textile industries.

Nghia Nguyen was born in December 1978, Vinh Long, Vietnam. He obtained his bachelor degree (2001) in Agricultural Sciences from Cantho University, Vietnam. His master’s degree (2007) in Soil Microbiology was from the Swedish University of Agricultural Sciences, Sweden. He received his PhD degree (2012) in Soil Ecology and environmental microbiology from the Technical University of Munich, Germany via DAAD scholarship. He was a visiting research scholar for one year at the OARDC/The Ohio State University in Wooster via an exchange program funded by the Vietnam Education Foundation (VEF) from USA. He got the first prize for the young and deserving scientist 2013 on the occasion of the 24th Asian-Pacific Weed Science Society Conference October 22-25, 2013 in Padjadjaran University Convention Hall, Bandung, Indonesia. Currently, I am a head of Soil Microbiology laboratory, Department of Soil Science, College of Agriculture and Applied Biology, Cantho University, Cantho City, Vietnam.