Warning: count(): Parameter must be an array or an object that implements Countable in /home/htbiotec/public_html/icam-vn.com/public_html/wp-content/plugins/imevent-common/custom-metaboxes/init.php on line 746
 Dr. Sailesh Malla | ICAM-VN 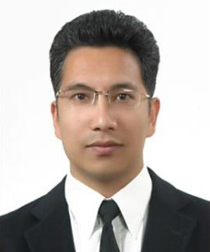 The flavonoid biosynthetic pathway has been almost completely elucidated. Many of the structural genes have been cloned from several organisms (especially from plant, fungi and bacteria) for efficient production of flavonoids. In addition, we have incorporated the regiospecific post-tailoring enzymes to produce flavonoid derivatives in E.coli.

Similarly, alkaloids, a diverse group of nitrogen-containing natural products, are produced by a large variety of organisms including bacteria, fungi, insects, plants and animals. Since alkaloids are toxic, they are usually produced in small quantities by their native producer organisms. By heterologous pathway expression from cyanobacteria into E. coli, we have produced Scytonemin precursor, a natural sunscreen alkaloid compound with cytotoxic activity.

Hence, we have engineered the E.coli strains for sustainable production of the bioactive natural products such as flavonoids and alkaloids.

Sailesh Malla (PhD) is currently a researcher at Novo Nordisk Foundation Center for Biosustainability (NNF-CFB) at Technical University of Denmark. He is a microbial biotechnologist and mainly conducting his research on microbial engineering for various industrial and pharmaceutical aspects.

Dr. Malla received his PhD in Biochemistry from life science and pharmaceutical engineering department at Sun Moon University, South Korea in 2009. From 2009 to 2012, as a postdoctoral researcher in Seoul National University, South Korea, he mainly worked for microbial production of plant natural products. Then he joined NNF-CFB in 2012. He has been actively conducting his research in the areas such as metagenomics, genome engineering, metabolic engineering, adaptive evolution, biosynthetic pathway discoveries, etc. Dr. Malla has published more than 15 well cited international peer-reviewed journals. He has been serving as an editorial broad member in EC Microbiology Journal.