Warning: count(): Parameter must be an array or an object that implements Countable in /home/customer/www/icam-vn.com/public_html/wp-content/plugins/imevent-common/custom-metaboxes/init.php on line 746
 Dr. Vu V. Van | ICAM-VN 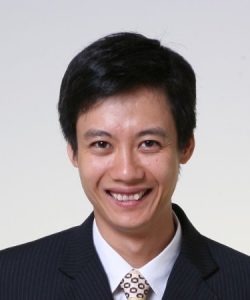 Polysaccharide monooxygenases (PMOs) are wide-spread copper-dependent enzymes that degrade polysaccharide using a novel oxidative mechanism. Since their discovery in 2010, PMOs have gained tremendous attention. Their unprecedented activity in hydroxylation-induced glycosidic bond cleavage provided new perspectives in polysaccharide metabolism and oxygen activation. Their remarkable synergy with canonical glycoside hydrolases helps reduce significantly the cost of enzymatic technology for biomass conversion. Previously, PMOs were known to be secreted by fungi and bacteria and degrade cellulose and chitin. Despite the lack of sequence homology between PMO families, they are all structurally related and the copper active site is absolutely conserved. Using the conserved PMO features, we identified new probable PMO families. We then confirmed the activity on starch substrates of the starch-active PMO family. While cellulose and chitin both contain linear chains of β(1→4) glycosidic linkages and form microcrystalline structures, starch substrates possess α(1→4) glycosidic linkages and from much more complicated higher order structures. Stach-active PMOs have no activity on chitin and cellulose, and vice versa, chitin-active PMOs and cellulose-active PMOs do not cleave starch. Our finding provides the proof that PMOs are diverse and have a broad range of activities. In addition, starch-active PMOs have tremendous potentials in the starch-based industries, including biofuel production. Our bioinformatic analysis, together with published transcriptomic data, suggest that some of the probable new PMOs play critical roles in microbial pathogenesis. We are currently using biochemical and genetic approaches to investigate the roles of new PMOs in pathogenesis.

Dr. Van V. Vu was awarded a graduate fellowship from Vietnam Education Foundation and obtained his Ph.D. degree in bioinorganic chemistry from the Univesity of Minnesota-Twin Cities in 2011. He then spent three years as a postdoctoral researcher at the Scripps Research Institute, working on enzyme discovery and characterization for biomass conversion in a project funded by BP Alternative Energy. He started his independent research career at Nguyen Tat Thanh University in 2015 when he was appointed the director of NTT Hi-Tech Institute. His research interests include oxygen activation by metalloenzymes, biodegradation of cellulose and other recalcitrant polymers, and microbial pathogenesis. He has published 10 ISI papers.