Warning: count(): Parameter must be an array or an object that implements Countable in /home/htbiotec/public_html/icam-vn.com/public_html/wp-content/plugins/imevent-common/custom-metaboxes/init.php on line 746
 PhD student Vo Tri Nam | ICAM-VN 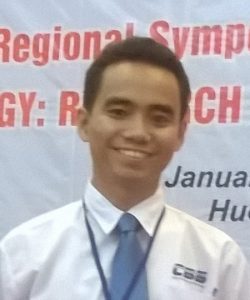 Title of the talk: Studying on gene optimization for Bacillus subtilis and Escherichia coli

Nam Tri Vo is a PhD student of University of Science, Vietnam National University-Hochiminh City from 2014. He has studied on Bioinformatics for 10 years while doing his bachelor and master theses along with teaching Bioinformatics subject in University. His bioinformatics group has focused on genomics, especially on Gene Optimization. This group, one of a few Bioinformatics group in Vietnam has been formed based on researchers and students from Biotechnology, Mathematics and Information Technology. Nam Tri Vo and his group members contribute to the establishment of Bioinformatics research of HCMC in individual and of Vietnam in general.