Warning: count(): Parameter must be an array or an object that implements Countable in /home/customer/www/icam-vn.com/public_html/wp-content/plugins/imevent-common/custom-metaboxes/init.php on line 746
 Professor Jean Pieters | ICAM-VN 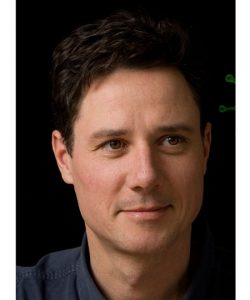 Title of the talk: Intracellular survival of Mycobacterium tuberculosis within macrophages and modulation through host innate immune responses

Immunity to Mycobacterium tuberculosis relies for a large part on the ability of the host to mount an effective immune response as well as the capacity of the pathogen to evade immune defense strategies. Mycobacterium tuberculosis is particularly successful in evading host immune responses, thereby causing long-term infections in a large part of the global population. We are studying how M. tuberculosis manages to survive intracellularly, thereby focusing on the initial phases of the interaction between M. tuberculosis and host macrophages. In delineating the intracellular signaling pathways following entry of M. tuberculosis in macrophages we found that M. tuberculosis has evolved to co-opt signaling pathways that also operate in other leukocytes following cell surface stimulation. Our recent work suggests that inflammatory stimuli can modulate these signaling pathways, thereby altering the outcome of the mycobacterium-macrophage co-habitation and possibly providing targets for the development of anti-mycobacterial compounds.

Jean Pieters is professor of biochemistry at the Biozentrum, University of Basel in Basel, Switzerland. He obtained his Ph.D. from the University of Maastricht, after which he joined the European Molecular Biology Laboratory in  Heidelberg, Germany as a postdoctoral fellow. From there, he joined the Netherlands Cancer Institute in Amsterdam as a group leader focussing on the molecular and cellular basis of immune cell activation. He was recruited in 1996 to the Basel Institute for Immunology, Basel, Switzerland, and moved to the Biozentrum in 2002, where he now directs a group of scientists investigating signal transduction processes that are involved in the body’s immune defense. He is the recipient of several awards, among which the Sanofi Prize (1989), the Eppendorf Yong Investigator Award (1999), the Pfizer Award for Infectiology (2001) as well as the Friedrich Miescher Award (2002). In 2011, he was elected as a corresponding member of the Royal Netherlands Academy of Art and Sciences.