Warning: count(): Parameter must be an array or an object that implements Countable in /home/customer/www/icam-vn.com/public_html/wp-content/plugins/imevent-common/custom-metaboxes/init.php on line 746
 Professor Kirill Alexandrov | ICAM-VN 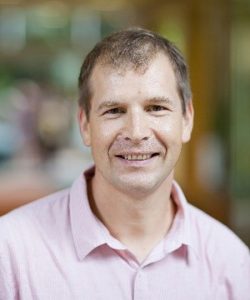 Institute of Molecular Bioscience, The University of Queensland, Australia

Title of the talk: In vitro reconstitution and analysis of protein interaction networks

The ability to replicate the building blocks of life such as DNA and proteins represents the core technologies of Life sciences. The exponential increase in the number of sequenced genomes has focused attention on how best to produce, study and modify the encoded gene products. While the structural and functional information is encoded in a single protein molecule, accessing this information is technically and economically challenging. This constitutes a critical technological bottleneck that determines the pace of progress in many areas of biology. The problems become particularly aggravating when analysis of complex protein machines is attempted. To address these issues we developed a pipeline for rapid production of recombinant proteins their interaction analysis in high throughput format. To achieve that we created a suite of in vitro expression vectors amenable to Gateway cloning. We used these vectors express genes from human ORFeome libraries in recently developed Leishmania tarentolae cell-free system. We then combined single molecule fluorescence spectroscopy and Amplified Luminescent Proximity Homogeneous Assay Screen to analyse the interactions of subunits of several in vitro reconstituted multisubunit eukaryotic protein complexes such as Cavin, HOPS and Mediator that were previously refractory to reconstitution and analysis. Reconstitution of the complexes and analysis of subunit interactions could be carried out within days. The approach allows rapid extraction of information on oligomerisation state, interaction affinities and the stabilities of individual subunits and the entire complexes.  The implications of the developed technology for protein research will be discussed.

Professor Kirill Alexandrov obtained his Master’s degree in Parasitology at the Leningrad State University, Russia in 1989 and completed his Ph.D in Cell Biology at EMBL Heidelberg, Germany in 1995. He went on to postgraduate work at the Department of Physical Biochemistry at the Max-Planck Institute in Dortmund, Germany, and remained with the Institute for 12 years, becoming a group leader in 1999. He co-founded the German biotechnology company JenaBioscience in 1998 and UK/Australian diagnostic company Molecular Warehouse ltd in 2015. He joined the Institute for Molecular Bioscience and the Australian Institute for Bioengineering and Biotechnology of the University of Queensland, Australia in 2008 as an Australian Research Council Future Fellow.