Warning: count(): Parameter must be an array or an object that implements Countable in /home/customer/www/icam-vn.com/public_html/wp-content/plugins/imevent-common/custom-metaboxes/init.php on line 746
 Professor Le Hung Anh | ICAM-VN 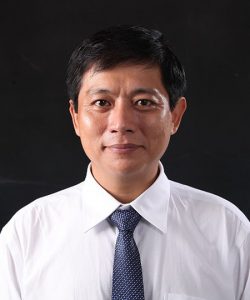 Title of the talk: Isolation and identification of microorganisms dominating  in the anaerobic fermentation of domestic waste

Anaerobic biodegradation is a suitable solution to handle and utilize organic parts of municipal solid wastes that contribute to environmental protection and clean energy production. In the anaerobic process, bacteria play a key role. The aim of this research was to isolate and identify microorganisms in the anaerobic wet fermentation of organic waste. The experiments were conducted with the 500-liter reactors in the waste treatment plant in Binh Duong province The result showed that there were 9 components in municipal solid waste, in which organic waste accounted for 75% average. Moreover, parameters such as pH, COD content and temperature were surveyed during the process. There were seven strains of microorganisms dominating in the anaerobic fermentation of domestic waste isolated, including strains K1, K2, K3, K4, K5, K6, K7. The density of total aerobic and anaerobic microorganisms was measured through fermented phases. With anaerobic fermentation conditions, the activities of E.coli completely suppressed. From isolation, the study separated and carried out DNA sequencing three of five microorganism strains and identified three microorganism strains K1, K3, K4. All three strains belonged to the genus Bacillus are facultative anaerobic bacteria. In addition, the result showed CH4 gas production was obtained over 50%. Based on analysis of factors affecting the operation of the fermentation system as well as the existed condition of microorganisms, the study has proposed resolutions breeding strains of beneficial microorganisms in order to enhance fermentation process with the highest efficiency and biogas collection.

Le Hung Anh studied biotechnology at the Humboldt University in Berlin and at the Berlin University of Technology-Germany from 1992 to 1997 with a scholarship of DAAD. From 1998 to 2002 he did the PhD research at the Humboldt University Berlin by Prof.Dr.habil. M.Boehme. From 2002 to 2004 he was at the Dresden University of Technology by Prof. Dr.habil. B.Bilitewski for a postdoctoral study. After return to Vietnam he cooperated with German universities for different R&D international projects supported by BMBF like Environment management of IZs in Vietnam (2004-2005), Hoan Kiem Lake restoration (1996-2000), SAFEUSE (2014-2016), ISWA (2008-2010), INHAND (2011-2015), BIORIST (2016-2019). He taught for the international master courses on “Waste Management and Contaminated Site Treatment” of TU Dresden (Germany), “Executive Master in Environmental Sciences and Management-IMES” of Liége University (Belgium). Since 2011 Le Hung Anh is working as head of Environment Technology Department at the Industrial University of Ho Chi Minh City. His main research areas are solid waste treatment, waste water treatment, waste to energy.
Publications: Google Scholar.