Warning: count(): Parameter must be an array or an object that implements Countable in /home/customer/www/icam-vn.com/public_html/wp-content/plugins/imevent-common/custom-metaboxes/init.php on line 746
 Professor MASAHIRO ITO | ICAM-VN 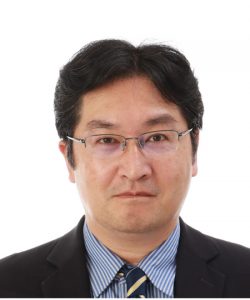 Title of the talk: Establishment of extracellular enzyme expression and anchoring on the cell surface in alkaliphilic Bacillus pseudofirmus OF4

Alkaliphilic bacteria are well known for the utilization of their enzyme products for the food and chemical industry. Dr. Koki Horikoshi was committed to developing the study of the basis and application of the alkaliphiles. In the early days of the study of alkaliphiles, extracellular enzymes produced by these extremophiles were added to detergents to improve the removal of dirt from laundry, and were used for the mass production of cyclodextrin with added value from cheap starch raw material.

Bacillus pseudofirmus OF4 is a genetically accessible and non-pathogenic alkaliphile, and its genome contains 17 hypothetical genes which encode SLH domain containing surface layer proteins. The SLH domain-containing surface layer proteins assemble by binding to the cell wall in a manner that requires the putative cell wall–modifying enzyme CsaB. SlpA is a dominant S-surface layer protein of OF4. To observe the cell envelope of OF4 and an slpA deleted mutant, RG21,  transmission electron microscopy was used. In the wild-type strain, the cytoplasmic membrane (CM), peptidoglycan layer (PG), and S-layer were observed. In strain RG21, CM and PG were observed, but the S-layer was not observed.

Now we are testing the possibility of large-scale expression of an extracellular glycolytic enzyme-anchor to the cell surface using glycolytic protein plus SLH motif fused protein. The details of the results will be reported in my presentation. This multi-enzyme complex is expected to facilitate practical applications.

Masahiro Ito completed his PhD at the age of 28 from Tokyo Institute of Technology and did postdoctoral studies at Mount Sinai School of Medicine in New York. Since 1997, he has been a faculty member at Toyo University and he is a full professor at Toyo University since 2009. From 2008 to 2010, he was a Program Officer, Grants-in-Aid for Scientific Research (KAKENHI)

Ministry of Education, Culture, Sports, Science and Technology-Japan (part-time service). He was awarded the 7th (FY2010) Japan Society for the Promotion of Science (JSPS) Prize in March 2011. He has published more than 70 papers in peer-reviewed journals and has been serving as an editorial board member of Applied and Environmental Microbiology and an advisory board member of Journal of Biochemistry (Tokyo).