Warning: count(): Parameter must be an array or an object that implements Countable in /home/customer/www/icam-vn.com/public_html/wp-content/plugins/imevent-common/custom-metaboxes/init.php on line 746
 Professor Ranjita Biswas | ICAM-VN 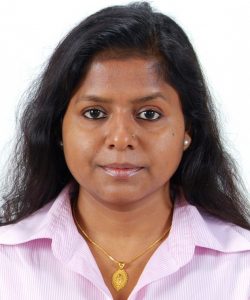 Clostridium thermocellum has the natural ability to convert cellulose to ethanol, making it a promising candidate for consolidated bioprocessing (CBP) of cellulosic biomass to biofuels. To further improve its CBP capabilities, a mutant strain of C. thermocellum was constructed (strain AG553; C. thermocellum ∆hpt ∆hydG ∆ldh ∆pfl ∆pta-ack) to increase flux to ethanol by removing side product formation. Strain AG553 showed a two- to threefold increase in ethanol yield relative to the wild type on all substrates tested. On defined medium, strain AG553 exceeded 70% of theoretical ethanol yield on lower loadings of the model crystalline cellulose Avicel, effectively eliminating formate, acetate, and lactate production and reducing H2 production by fivefold. On 5 g/L Avicel, strain AG553 reached an ethanol yield of 63.5% of the theoretical maximum compared with 19.9% by the wild type, and it showed similar yields on pretreated switchgrass and poplar. The elimination of organic acid production suggested that the strain might be capable of growth under higher substrate loadings in the absence of pH control. Ethanol titer increased in mutant AG553 up to a loading of 20 g/L Avicel, at which point low pH was still prohibitive, likely due to CO2 accumulation. In comparison, wild type C. thermocellum showed no titer improvement past a loading of 5 g/L Avicel. With the elimination of the metabolic pathways to all traditional fermentation products other than ethanol, AG553 is the best ethanol-producing CBP strain to date and will serve as a metabolic engineering platform for the production of fuels and chemicals from lignocellulosic biomass.

My area of expertise is metabolic engineering of thermophiles for biofuel production. After completing my PhD from Indian Institute of Technology Delhi in 2008, I worked in Prof Akihiko Kondo’s Lab in Kobe University, Japan as a post-doctoral fellow, where I redesigned Bacillus subtilis strain to produce 2,3-Butanediol in early log-phase instead of stationary phase. Later I joined at BioEnergy Science Center, Oak Ridge National Laboratory, USA and metabolically engineered an anaerobic thermophile Clostridium thermocellum strain for ethanol production from lignocellulosic biomass. Currently, I am an Asst Prof at Indian Institute of Technology Delhi and continuing my research on thermophiles for biofuels.