Warning: count(): Parameter must be an array or an object that implements Countable in /home/htbiotec/public_html/icam-vn.com/public_html/wp-content/plugins/imevent-common/custom-metaboxes/init.php on line 746
 Professor Seiji SHIBASAKI | ICAM-VN 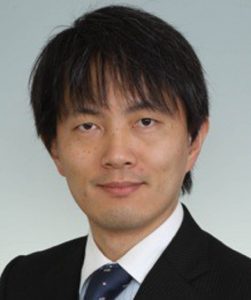 Title of the talk: A Strategy for Creation of Oral Vaccines by Using Yeast Cell Surface

Candidiasis is one of serious infectious disease caused by the virulent fungus Candida albicans and other Candida species. Pharmacotherapy of candidiasis often involves the administration of amphotericin B, micafungin and caspofungin. Unfortunately, several mutants of Candida with reduced susceptibility to these drugs have emerged. A vaccination against Candidiasis is an important strategy in efforts to prevent infection of Candida species.

In recent, we have developed the yeast cell surface display technology, which uses genetically engineered microorganisms to produce foreign proteins on their surface. The use of cell surface display system to prepare target proteins is well established for use with the yeast Saccharomyces cerevisiae. It has been applied to wide variety of fields, for example, bioremediation, whole cell biocatalysts, biosensors, and screening of ligand peptides for receptors. We present that the antigens displayed on yeast cell generated using this display technology offer a novel type of oral vaccine against candidiasis. The enolase 1 protein (Eno1p) from C. albicans was selected as the model antigenic protein to be displayed on the surfaces of S. cerevisiae cells.

Seiji Shibasaki has completed his PhD at the age of 27 years in Kyoto University in Japan. He studied biochemistry and biotechnology as Associate Professor at Kobe City College of Technology in Japan and as visiting researcher at Royal Institute of Technology in Sweden. At present, he has been an Associate Professor of Hyogo University of Health Sciences since 2007. He has published more than 50 papers related in molecular biotechnology in reputed journals.