Warning: count(): Parameter must be an array or an object that implements Countable in /home/htbiotec/public_html/icam-vn.com/public_html/wp-content/plugins/imevent-common/custom-metaboxes/init.php on line 746
 Professor Keun Kim | ICAM-VN 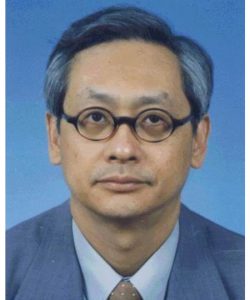 Department of Bioscience & Biotechnology, The University of Suwon, Korea

Title of the talk: Development of a Probiotic Lactic Acid Bacterium Inhibiting Pathogenic Bacteria and Viruses

Three thousands bacterial strains isolated from various sources including human milk, fermented foods, and feces were screened for potential probiotics inhibiting rota- and polio- viruses as well as pathogenic bacteria such as enterotoxigenic Escherichia coli, Clostridium perfringens, Listeria monocytogenes, Staphylococcus aureus, Salmonella Typhimurium. The antibacterial activity of each culture filtrate was determined by agar-diffusion method. The antiviral activity of heat–treated culture broth was examined by reduction of plaque forming unit (PFU) in vitro culture system. PFU measurement was found to be more accurate and sensitive than common cytopathic-effect-detection. The properties of the bacterial strains with particular functions such as adherent ability to enterocyte, tolerancs towards gastric juice, bile, and tolerances to heat and cold-dry conditions were further investigated to select strains for probiotic use. One potential lactic acid bacterium with desirable probiotic characteristics as well as the highest anti-viral and anti-bacterial activities was selected and identified as Lactobacillus plantarum KS4 according to its 16rRNA gene sequence. For the large scale production of the cell mass of the isolate, an economical medium to substitute the expensive reagent grade MRS (de Man, Rogosa and Sharpe) medium was developed. The production of cell mass by the use of the mixture of glucose and molasses plus yeast extract and skim milk was comparable to that of the MRS. Statistical optimizations of  medium composition and culture condition were also performed for the cell mass production. Cell concentration of  6 x 109 CFU/ml was produced in a 300 liter fermenter and the cells were freeze-dried to obtain cell powder as the initial product. The cells of L. plantarum KS4 were tested for its efficacy using piglets with average weight of 1.9 kg. The piglet were challenged with rora-virus. The L. plantarum KS4 strain significantly increased the animal’s weight compared with 3 strains tested including L.rhamnosus GG.