Warning: count(): Parameter must be an array or an object that implements Countable in /home/customer/www/icam-vn.com/public_html/wp-content/plugins/imevent-common/custom-metaboxes/init.php on line 746
 Professor Kristian M. Müller | ICAM-VN 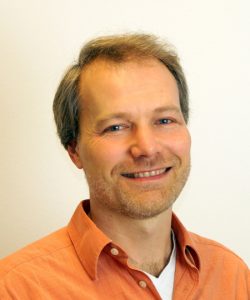 Title of the talk: Analysis and extension of selection and directed evolution strategies in E. coli

Selection and directed evolution in E. coli are widely used to identify antibody mimetics and to optimize proteins. We developed combinations and extensions of phage display, TAT-hitchhiker selection and the protein fragment complementation assay with beta-lactamase.

Classical phage display is limited to proteins folding in the periplasm of E. coli excluding proteins which require factors of the cytosol for folding or maturation. We demonstrated that the Twin-arginine translocation (TAT) pathway can be utilized to display cytosolically folding proteins directly fused to the C-terminal domain of gene-3-protein (g3p). Additionally, we demonstrated that functional enzymes from the cytosol can also be displayed via C-terminal fusion to g3p.

The TAT-hitchhiker selection uses protein–protein interaction to connect a TAT signal peptide to a cargo which is then transported to the periplasm only in a folded state. We demonstrated the usefulness of this system to select for folding helpers and demonstrated its capability to select for multimeric interactions posing problems in phage display.

Stabilized TEM β-lactamases were generated by directed evolution using a perturbation-compensation approach in combination with NExT-DNA shuffling. Resulting lactamases had widely improved biophysical and chemical properties. Finally, an improved split lactamase was used in combination with TAT-hitchhiker for a ternary interaction selection.